Another Miracle took place on 34 Street in Manhattan on Saturday

Another Miracle took place on 34 Street in Manhattan on Saturday,
IT WAS LIGHTS, CAMERA, ACTION!
Topmics "Best Of The Best" Concert WAS filmed and
soon ready to air on Television. Artists from several States
competed again to get Topmics Approved by our Top Judges. 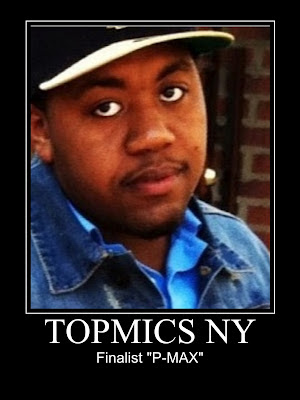 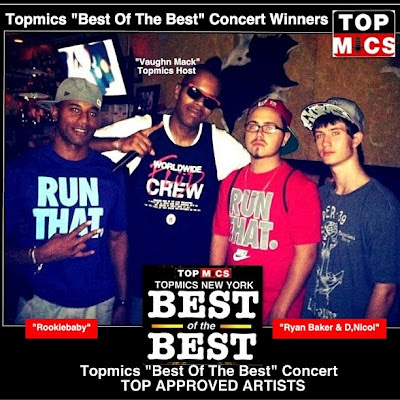 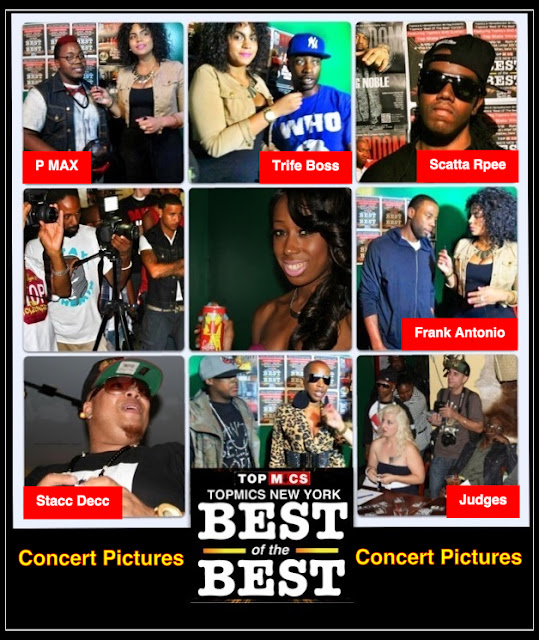 TOPMICS was at its rarest form lSaturday night,, the Attendance was very satisfactory...No altercations,, everyone was at there best,,I guess thats why we called it TOPMICS "BEST OF THE BEST" Lol...Topmics had 3 sets of winners, P MAX- is topmics New York new Top artist,, he receives top prizes from our sponsors to further his music endeavors. ROOKIE BABY and group RYAN BAKER & D,NICOL BOTH received CYBER STREET TEAM top tier package,,plus they get to perform in anyone of TOPMICS Tour Shows across our America... How Fracking cool is this.. 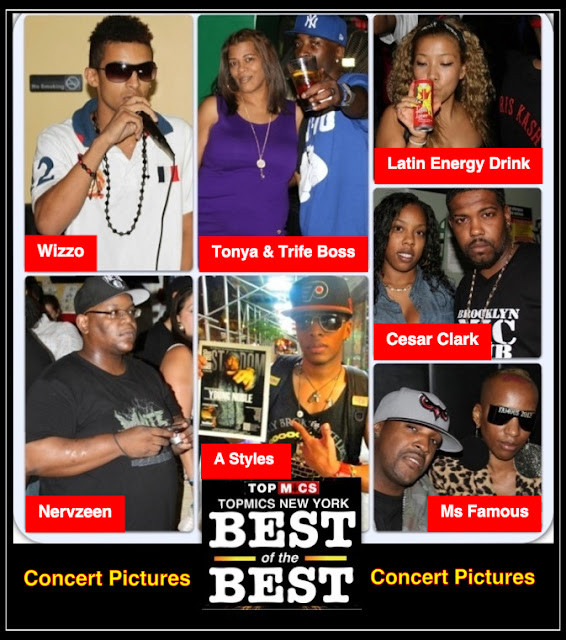 We would Like to Thank our Judges who came out...
The independent artist pool is maturing into pure awesomeness. Shout out to all the Managers who keep grinding with their artists,,S/O To TRIFE BOSS thanks for the outstanding performance,,also NERVZEEN & BRICKS 2 TONS..
MIKE MOET opened up for the show and his Performance was well talked about,,NEW YORK music scene is Alive and bulging,, it feels great to be alive witnessing so much talent...

WE LOVE YOU ALL,,

HOW TO GET CONSIDERED FOR TOPMICS TOUR AS A
COMPETITOR or FEATURED ARTIST.
Register by sending your mp3 music to be reviewed to topmics@gmail.com. Indicate if you wish to feature or compete. Please provide artist name, number, Facebook & YouTube Link. IT’S FREE TO REGISTER, ONCE SELECTED THERE IS A FEE TO SECURE YOUR PARTICIPATION WITHIN "THE TOPMICS TOUR COMPETITION".