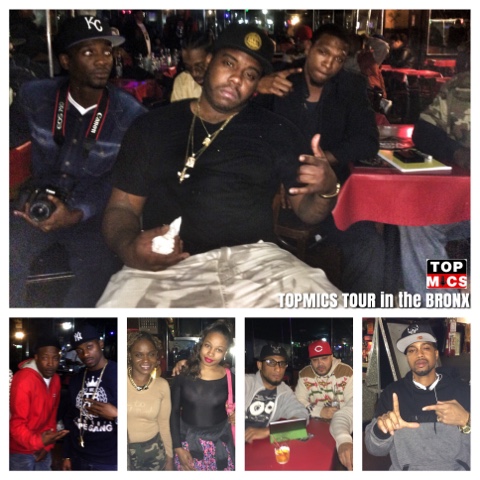 GRAFH, TRIFE BOSS & MIK C
LIT THE STAGE ON FIRE.
Last night the TOPMICS TOUR in NEW YORK was SUPER AWESOME, and we have video to prove it. TOP RECORDING ARTIST " GRAFH" Performed and smashed it. His new 2016 album "Pain Killers: Reloaded."  is TOPMICS APPROVED, every last song on GRAFH's album sounds superb, he came a long way and this time he's Struck Gold.
Another artist who came out and showed out was "TRIFE BOSS" aka "The Energy God" who is also TOPMICS APPROVED and gave a commanding performance. TRIFE BOSS is scheduled to perform at TOPMICS TUESDAYS in HOLLYWOOD FL OCT27TH @ LA NOCHE, TRIFE BOSS stays busy.
Shout out to BUCK, MIK C, DON PAUL, DEEROC DA SOB & WERDZ RODRIGUEZ and the other artists who did not get to perform, we appreciate you. GOLDILOX, want to thank you so much for hosting our event. Thank you to DJTECHNIQ for keeping the party going. Peto, Hector we did it. Let's gear up for DEC28TH TOPMICS TOUR in NEW YORK's annual MARINE "TOYS FOR TOTS DRIVE". Ciao! See you in a state near you.
Posted by Topmics at 9:56 AM