Gran Centennial is off and running this season

ARTIST TO WATCH-OUT FOR in 2015
ARTIST: "GRAN CENTENNIAL"
STATE: PHILADELPHIA
Gran Centennial was born and raised in Philadelphia were he started his career in music. Hindered by the code of the streets he found himself doing what the streets led him to believe was surviving. Hustling and serious related crime duties dictated that life was slowly slipping away and death was fast approaching. His inspiration growing up, now includes Jay Z, Nas, Jadakiss, Biggie, Rakim, Run DMC, Big Daddy Kane, Kool G Rap and the list goes on.
--
Topmics Office 310.433.4812
topmics@gmail.com 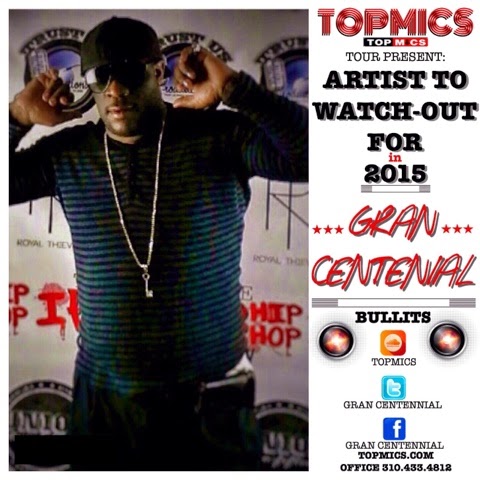