Born in 1988 in Vero Beach, Fl, Vannessa Snell (NessaSary) was introduced to music at a young age.
By the time NessaSary was 11 years old, she realized that rap was her destiny.

In 2011, NessaSary began to release videos on YouTube called Rapisodes, which showcased her rapping skills over the hottest songs out. With each rapisode being released she began to build a strong fan base. Her YouTube page now has over 7,000 subscribers with over 783,113 total views on her videos.

In January 2013, NessaSary packed up her life in Florida to pursue her dreams of becoming a rap superstar, and moved to California. Upon her arrival in California she teamed up with music producer, Ervin Pope, who has worked with artists such as Brandy, Kanye West, Jay Z, & Janet Jackson to name a few, for production on her latest project “Fried Day”, which was released on October 11, 2013 With a new EP "Run-on Sentences" set to drop November 4, 2014. She also has 2 singles set to drop this month. One named "Great" featuring Tech N9ne, and another named "What U Gon Do Wit Me" featuring E-40. As her star continues to rise, NessaSary is continuing to make her presence known in the music industry by doing it her way. 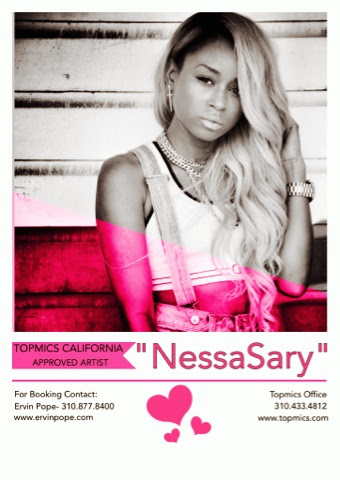