Topmics Tour Competition New England Finalists will now receive an interview on "Da Block TV" along with an artist performance broadcast, a full page write up in the Da Block Report Magazine, and an interview on "Da Block Radio". Da Block Inc. is a rapidly growing multi media entertainment company in the New England area, located in Portland, Maine. Their integrated TV, radio, and magazine divisions make them unique in the underground market. The DA BLOCK INC strategy is to build around their flagship television show "DA BLOCK TV" by adding many different entities to not only support its market share, but build it into the likes of other multi media empires such as Disney or Time Warner. DA BLOCK INC Is now a proud Sponsor of Topmics Tour in New England, offering great new opportunities to Topmics State Finalists. 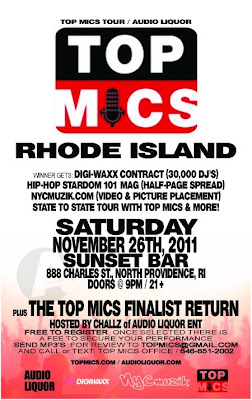 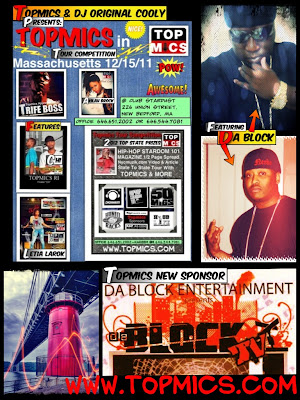 HOW TO REGISTER
IT’S FREE TO REGISTER, ONCE SELECTED THERE IS A FEE TO SECURE YOUR PARTICIPATION WITHIN "THE TOPMICS TOUR COMPETITION". Register by sending your mp3 music to be reviewed to topmics@gmail.com. Indicate if you wish to feature or compete and which state you would like to perform in. Please provide artist name, contact info, and Facebook & YouTube Link.